In order to bring in a new perspective to photographing Muharraq, I wanted to step away from the hustle and bustle of the street and capture the serenity of the rarely viewed canopy of this island.

The skyline of Muharraq is a growing jungle of densely packed old and modern structures, with some small spots of barren open areas. The buildings are varied in height, age and facade, but the unifying element between these structures is the large population of air conditioners and satelites that inhabit the rooftops.

Wether I had to ride to the top of a newly built high rise in an elevator or climb the stairs of an abandoned building the images you are viewing represent the changing urban fabric of the oldest city in Bahrain. 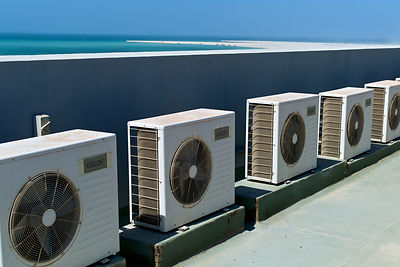 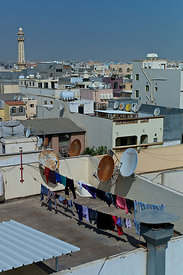 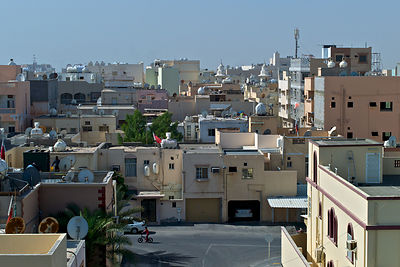 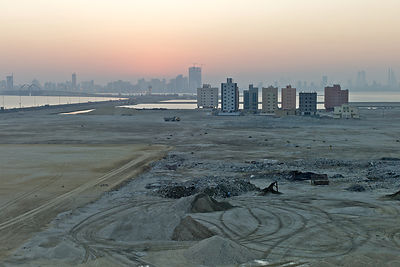